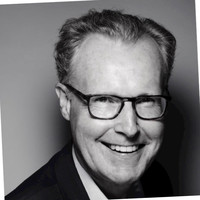 Stephen is the Chair and CEO of customer experience agency MBAstack , an MSQ agency and a new agency designed for today’s fast-paced, digitally transforming and increasingly e-commerce driven world.

After graduating with an MA in Modern History from Balliol College Oxford in 1983, Stephen entered agency account management working at agencies including AMV/BBDO and TBWA/ Simons Palmer before founding MBA in 1994 and then merging the agency with MSQ’s Stack in 2021

Stephen is Chair of the DMA , Ambassador and previous Chair of The Marketing Society and sits on IPA Effectiveness Board as well as being an IPA Fellow and Council Member. He is an Oystercatchers Fellow , a Fellow of the Royal Society of Arts, features in Debrett’s ‘People of Today , is a Tech London Advocate , an E2E Ambassasdor, a Scale Up Institute Ambassador and sits on the Commercial Board of BAFTA

Stephen regularly speaks on behalf of the UK marketing and digital communications industry including on trade missions to China, the US and South America as well as in the UK, such as at the British Olympic Business Summit at Lancaster House and for UKAEG at CogX Createch on UK China Collaboration. He also regularly comments on industry issues – such our belief in ‘Total UX’ , on ‘Taking The Con Out of Content’ , Agencies’ ‘Techno-creative ‘ future , brand safety and Effectiveness