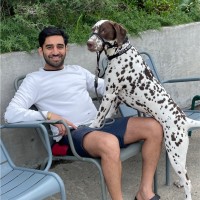 Kamil hails from Singapore but has made his home and working life in New York. Following an early career in photo-journalism, which took him to extraordinary places – notably conflict zones – he moved to the world of marketing communications, working for ground-breaking and award-winning experiential agencies like Fake Love and Refinery 29. Today he runs his own agency, optimistically named “Early Spring”. Experiential agencies are currently among the most demanded kinds in our industry – but among the hardest to find. It’s a skill which owned, earned and paid media agencies should all be racing to develop. But what would that involve? And do marketers understand how to brief them, and judge the results? Kamil will share some valuable insights!