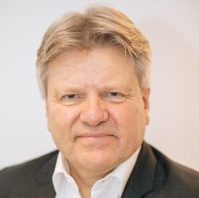 Julian began his career in advertising sales, before working in independent agencies in London. He then joined the DMB&B Group, now part of Publicis, where he spent fourteen years in a succession of senior roles. While with DMB&B, he lived and worked in UK, Europe, USA and Latin America, where he spent 3 years as Regional Client Service Director for Salles DMB&B in Brazil.’ During this time, he directed global advertising campaigns for companies like Procter & Gamble, M&M Mars, Avon and Philips Electronics, rising to be President, International for DMB&B’s sister network, NW Ayer.

In 2003, Julian left the world of traditional agency networks, to co-found thenetworkone.