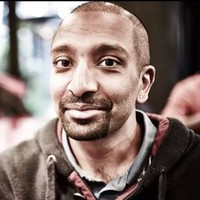 Position: CEO and Editor in Chief

As CEO and Editor of PRovoke Media (successor to the Holmes Group), currently based in Hong Kong but travelling globally much of the year – Arun will be well-known to all PR agency leaders as head of the world’s best-known content provider, event organiser and awards distributor, for the PR industry. Arun’s career has spanned Europe and Asia, working for titles like the Spouth China Morning post, the guardian and Campaign Asia-Pacific, where he was Deputy Editor, before joining PRovoke (then known as the Holmes Group) in 2010. In addition to his work at Provoke, Arun holds institutional positions including Editor for the Asia-Pacific Association of Communications Directors and Trustee for the Institute of Public Relations. But despite his eminence in the profession, Arun retains his Journalist’s nose for a important story, an independent perspective on world events and a great writer’s determination to ‘Speak Truth to Power.’ He’ll be speaking on the topic: Can agencies really make a difference to Society?