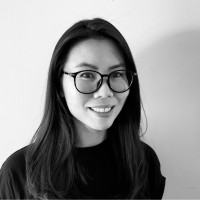 Amie was born in UK, like all the best agency strategic planners, but grew up in Hong Kong. She started in marketing with Trinity Mirror but rapidly moved to the agency business, where she had spells at many of the best known agencies in Hong Kong and Shanghai – Publicis, DDB, Wunderman, McCann Group and Wieden + Kennedy. In 2016 she moved to the West Coast of the USA, where she worked both client and agency side before taking the newly created role of Head of Strategy at Barrett SF in San Francisco, self-described as “The Biggest Small Agency in the world.” Amie has a uniquely rich perspective on how and why communications strategies are developed in Asia and in the Western world – and a belief that we can all learn from each other. Is China’s need for speed compatible with the West’s more considered approach to strategy? There’s no better speaker for an Indie Summit in Singapore.