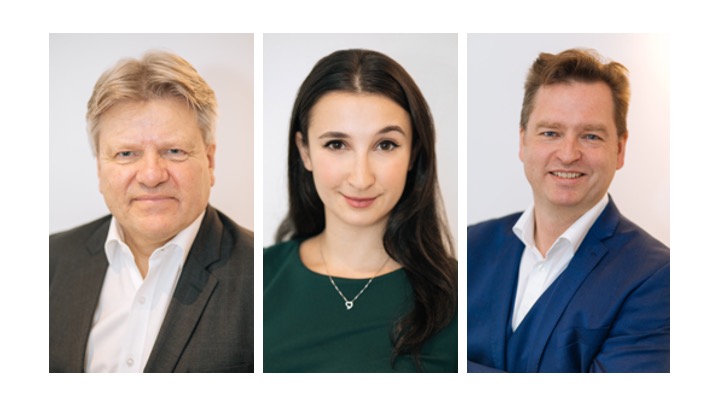 thenetworkone has a small, efficient and highly experienced team of international communications consultants based in Central London.  Whilst we all live in the UK, we are an international business and you’ll often find us travelling the world meeting with independent agencies and marketing clients.

Julian began his career in advertising sales, before working in independent agencies in London. He then joined the DMB&B Group, now part of Publicis, where he spent fourteen years in a succession of senior roles. While with DMB&B, he lived and worked in UK, Europe, USA and Latin America, where he spent 3 years as Regional Client Service Director for Salles DMB&B in Brazil.’ During this time, he directed global advertising campaigns for companies like Procter & Gamble, M&M Mars, Avon and Philips Electronics, rising to be President, International for DMB&B’s sister network, NW Ayer.

In 2003, Julian left the world of traditional agency networks, to co-found thenetworkone.

Paul started his career in 1995 at London based sales promotion agency Triangle Communications (Latterly Publicis), before moving to Holmes & Marchant Communications where he was responsible for agency’s largest account, Apple Computer EMEA.  During the first ‘dot-com’ boom, Paul left his international new business role with Omnicom B2B specialist agency Doremus, to co-found creativebrief.com, an innovative online international marketplace that matches clients to agencies. Before joining thenetworkone in 2006, he worked as a management research consultant on projects for clients including Volkswagen Group and the UK Government.

Paul is primarily responsible for interagency activity and growing the network’s footprint, most recently across Africa

As thenetworkone’s International Consultant, Stephanie is an expert when it comes to helping our member agencies find the right partners.  She is responsible for administering thenetworkone’s Inter-Agency Staff Exchange Program as well as our Facebook and Twitter accounts. Stephanie graduated in 2012 from the University of Nottingham in UK, with a degree in Art History. Following her graduation, she spent four months improving her  language skills at Alliance Francaise in Paris, as well as interning with a law firm, an auction house and a PR agency; and undertaking volunteer work in the Ukraine.

She then spent a year working for Tondo, a start-up social media platform for the art world  before joining thenetworkone in March 2015.