Since 2007, thenetworkone has worked equally with PR firms and advertising agencies. It made sense to us then, and it makes sense to us now. Social media – and the blurring of lines berween paid and owned media – has brought PR and advertising ever closer together.

Put simply, you PR people and you Advertising people no longer live in different wings of the same mansion: you are in the same kitchen, fighting for a share of the same budgetary pie.

So we ask ourselves: why do PR people still see themselves as second-best to advertising people?

There are historical reasons. All the big traditional holding companies began life as advertising agencies, and added PR companies as an afterthought. So naturally – advertising feels the entitlement of primogeniture.

And advertising acts like it is superior. Ad agencies don’t bother to enter “real” PR contests like the Provoke Sabres. They create PR awards of their own, and win almost all of them themselves. Look at Cannes.

So you PR’s, with your Cinderella budgets, are going to be the poor cousins forever, right?

Well, maybe not. Why not stand up and compete? Or at least, those of you who are independent and not owned by advertising companies?

Take a look at the advertising agencies and see where their weak points are.

First, ad agencies are losing out on a massive scale, to the technology giants: Google, Facebook, Istagram, TikTok, Amazon. The tech companies own the data – whatever the clients don’t own themselves. Their media agency counterparts are fast losing their role and power – take a look at what has happened to Aegis at Dentsu.

Their creative flagships are losing their mojo too, as influencers and KOL’s seize the clients’ attention and purpose fatigue sets in. Advertising has stopped trying to sell. David Ogilvy, with his mantra of “It’s not creative unless it sells”, is long gone. 24 out of 26 Grand Prix winners at this year’s Cannes went to entries that did not try to sell anything. Purpose fatigue rules. 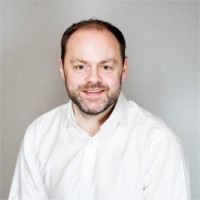 And because classified advertising (or it’s more fashionable cousin, performance media) dominates, Google alone is worth five or ten times the combined value of all the advertising holding companies. Computing power means data is available instantaneously, and It’s short term results that matter. As Mark Evans of Direct Line put it, Year One of a CMO’s tenure is a survival period: show sales results or you are out.

The search for the “big creative idea” – the only bit the clients can’t do themselves – is still outsourced, but because most big ideas don’t last long these days, they can be pitched and bought on a project basis. Many advertising agencies are still addicted to competitive pitching and they continue to be picked off by savvy clients, stuck in what Mark Read of WPP recently called “the inevitable arm-wrestling over price”.

But what happened to the longer term play? The building of brands, especially corporate brands, that earn their place on a company’s balance sheet?

More and more of that is managed in-house. In-house means more and cheaper, which is two out of three.. but it still misses ‘better”.

But ‘In-house” has a weakness. Its knowledge and expertise has plenty of depth, but lacks the breadth which external agencies should provide.

The problem is, many agencies lack breadth of vision also. Look at the time agencies waste on formulating their own “purpose.” (Purpose is inherently selfish.) Sure, agencies still pay some attention to the competition: but what competition? Did we gain market share? Maybe yes, maybe no, but share of what? Share of your own lunch!

Successful companies have always been the ones who look beyond themselves, and outside their lookalike competitive set.

PR agencies need to get ahead of the play. They need to learn proper metrics – behavioural metrics, not canvassed opinions and hypothetical predictions.

A lot of PR people used to be scared of metrics, because the research was so expensive that only the advertising and media agencies, creaming their small percentage off hundred-million-dollar budgets, could afford it. But that’s less and less true: Alphabet, meta and Amazon own most of it and the clients still own the crown jewels of first party data, which they don’t share with their agencies. Why would they, when they’ll be changing the agency within the next 12 months?

So all you really need to know is how the data works, and ask the right questions.

And finally, you will free to do what you always did best: to build corporate and brand reputation over time, over the longer term – and to build it from the inside out, from what people think for themselves, not what they are told by the shouty advertiser in the corner of the room.

As Jeff Bezos said, “Your brand is what other people say about you when you are not in the room.”

And longer term programmes mean agency retainers, rather than continual pitching and negotiation.

They mean the ability to plan and work effectively and efficiently. They mean better business, all round.

Son please, stop whingeing and see the bigger picture. PR has always thought longer term than advertising. The business of PR, is to manage the conversation that happens when the advertiser is not in the room.

You have the better hand in the card game. Use it, with confidence.

Julian Boulding is President of thenetworkone. 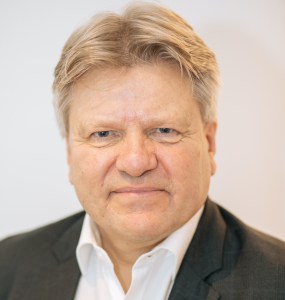